The authors say their findings are a “historical example” of the industry’s self-interest “that can inform policy makers today” over opposition to current sugar policy proposals.

Having noted that, in the case of the tobacco industry, reviews of historical internal documents were “key to informing policy and litigation successes in tobacco control,” the authors set to work on an archive of 319 internal sugar industry documents created mostly in the 1960s.

Known as the Roger Adams papers, the archive “relates” to the World Sugar Research Organisation (WSRO), a trade body that, then and now, represents the cane and beet sugar industry.

One of its members, then the International Sugar Research Foundation, was where Roger Adams sat on a scientific advisory board from 1959 until his death in 1971. That US body has now “evolved,” as the authors put it, into The Sugar Association.

The Adams archive documents suggest that the industry, simply put, decided to focus on ways to reduce sugar’s harms instead of answer the scientific charge that the damage to teeth was so clear and direct that the best way to reduce it was to restrict the addition of sugars to foods.

Instead of doing that, the authors give these examples of what the industry did:

Cristin Kearns and her co-researchers from the University of California San Francisco say in their paper that the Adams documents also show an industry that snuggled up to the leadership of the US National Institute of Dental Research (NIDR) – which was deciding national priorities for dental research.

This “cultivation of relationships” with the NIDR leadership was also accompanied by “consulting activity” with members of its expert advisory panel.

The authors say the influence on the 1971 US National Caries Program by such tactics was most notably shown by “78% of a report” submitted by the sugar industry to the NIDR being “incorporated directly” into the program’s first request for research proposals.

The editors of the research paper summarize the effect of the influence:

“Research that could have been harmful to sugar industry interests (specifically, research into methods to measure the propensity of specific foods to cause caries) was omitted from the research priorities identified at the launch of the NCP.”

The authors, who publish their study in the journal PLOS Medicine, conclude:

“Actions taken by the sugar industry to impact the NIDR’s NCP research priorities, which echo those of the tobacco industry, should be a warning to the public health community.”

Dental health is one of the main concerns of the new guidelines from the World Health Organization (WHO, Sugars intake for adults and children) – which, as MNT reported last week, clamp down on intake of free sugars, aiming to get our free sugar intake down to under 10% of our total daily calorie consumption.

A study published in September 2014 said that this global recommended sugar intake should be halved to combat dental cavities – and taken even further down to an ideal target of 3%. 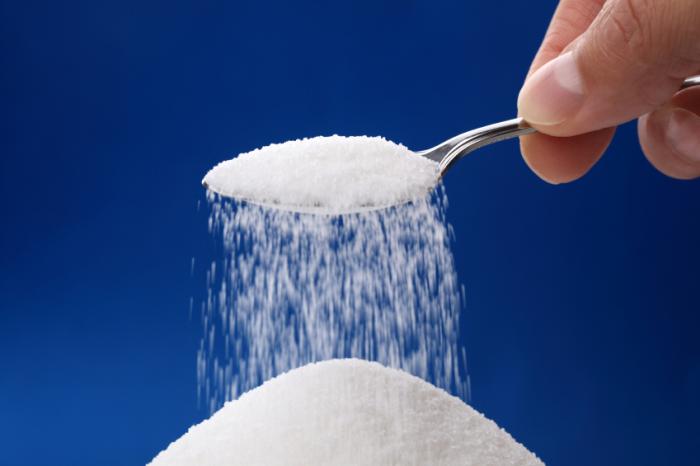 The sugar industry’s responses in the 1960s, about dental health science, raise questions about how it continues to respond, including to today’s obesity concerns.

Free sugars are found naturally in the diet but are also added by food and drink by manufacturers, and WHO has “great concern” about the role of free sugars in dental disease, particularly dental cavities (also known as caries, from tooth decay). Globally, “dental diseases are the most prevalent noncommunicable diseases,” says the international medical organization.

And WHO is also concerned about the evidence that higher intake of this kind of caloric energy:

The authors uncovering their findings in an archive of sugar industry history are calling for its continued opposition in 2014, when the WHO guidelines were being drawn up, to be given “careful scrutiny.”

The authors are also asking questions about any influence over changes to the nutritional facts panels that appear on packaged food in the US – the US Food and Drug Administration’s proposals on this closed for consultation in August 2014.

The scrutiny is needed, the authors say, “to ensure that industry interests do not supersede public health goals.”

Last month, the author of an investigative report for The BMJ talked to MNT about his findings over the “major issue” of the sugar industry’s attempt to influence public health policy, including “surprising” attitudes from an “entire generation of public health researchers” toward the commercial tainting of health research.

Roger Adams, the organic chemist of the “Rogers Adams papers” that were trawled for the PLOS research, has an illustrious biography compiled online by University of Illinois archivists.

Introducing their summaries of the archive papers, the profile of the influential man (1889-1971) gives a long list of chemistry, academic, business and government scientific interests.